“Thoreau, Gandhi, Schumacher... Over the last century or so, a number of original thinkers have had the audacity to suggest that economics is not only about how humanity satisfies its needs but also about what those needs should be. It appears that they were onto something, for, today, it is precisely excessive human needs that have brought the earth to a state of crisis. If there is to be a way forward, it will likely involve the exemplary rethinking being led by people such as Abhay and Jane at the Pink House.”—Robert Leonard, Intellectual historian and Schumacher scholar, Université du Québec à Montréal

“At a time when so few of us can envision a truly imaginative future, Pink House has found a way. I applaud these efforts and support them as best I can.”—Carol Becker, Writer/Professor/Dean Columbia University

Dear friends
In the realm of economics the only distinction that matters is between that which is used and that which is not used. What is used is wealth. What is not used is negative wealth, or what John Ruskin called illth.
One of the reasons we find ourselves in a world that is in crisis is because the world's illth, the unused portion of the stuff of the world far outweighs what is actually used.
Today illth, or negative wealth, far outweighs wealth itself and creates an ever increasing burden on life.
None of the traditional distinctions between necessities and luxuries, capital and consumption goods, small and big scale of operations address this essential matter raised by Ruskin. All that matters is that everything we have we must use.
Gandhi said, "If you use it you should keep it." And it follows from that that if you don't use it you should give it away. All the illth or negative wealth of the world can turn into wealth simply by people keeping what they use and giving everything else away.
Contrary to a key tenet of modern economics, freedom is not the ability to consume and hoard freely. True freedom is net wealth, or
True Freedom = Wealth minus Illth
True freedom is in using everything that we own and giving away what we don't use, or
Hoarding = 0
One of my student projects in my economics classes involved making an inventory of all the wealth and illth that the student possessed and after due thought organizing a giveaway of their illth.
My students uniformly reported feeling lighter and happier with their purposeful actions, and their illth went back into circulation, turning into wealth.
Wealth, like blood, is of no use until it circulates.
Abhay
Pink House
Bohol island
Philippines 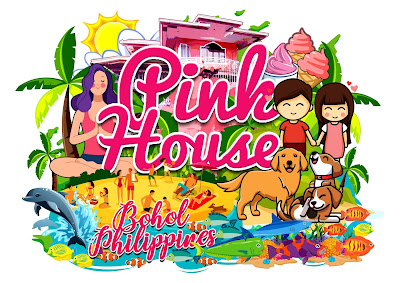 Founder Abhay Ghiara is an American economist, performer & Fulbright scholar who has been engaged in teaching mindfulness in community-building through the development of social businesses that decolonize wealth & public spaces for over two decades. He has held academic positions in four continents. He now lives in Pink House on Bohol island in the Philippines with his Filipina wife and Pink House co-founder Jane. Pink House is a social business devoted to mindful community building in a community of five hundred on a small island in the Philippines

Abhay is a performer with the internationally acclaimed experimental performance group Every house has a door and plays the endangered Red Pencil fish in the performance Aquarium, a commission from the Croatian National Theater, for the European Capital of Culture 2020 (Postponed to 2022). Embedded within the newest, large-scale project of Every house has a door, Carnival of the Animals, Aquarium is one act of the 14 movement work engaging the titles from Camille Saint-Saëns’s 1885 musical suite for children, but with a concentration on endangerment and extinction.

Abhay now divides his time between Pink House in the Philippines and Bend, Oregon, where he teaches Gandhian Economics at Central Oregon Community College.

Our Anniversary campaign is now underway Return to joy & laughter—ICE CREAM @ PINK HOUSE :) .
As always, we set no dollar goal nor minimums.

Community-building: the creation or enhancement of community among five hundred families within our neighborhood on Bohol island by creatively addressing common needs and building reciprocity.

Mindfulness: living in the moment and being fully aware of our inner and outer experiences, our own needs as well as the needs of all others in our community.

Reciprocity: that delicate cobweb of human interrelationships that transforms “the masses into a society.” (Gandhi)

Social business: a mindful business with the stated aims of zero profits and community-building.

“I love what you and Jane are doing in your part of the world and your vision of Pink House. Thank you for spreading love and generosity, which is especially needed during these extraordinary times.”—Christine Trost, Executive Director, Institute of Governmental Studies & Director, Robert T. Matsui Center for Politics and Public Service, University of California, Berkeley

A to Z (under construction)

Colonization: a failure of the collective imagination in favor of material structures replacing human-animal relationships.

Community-building: the creation or enhancement of community among five hundred families within our neighborhood on Bohol island by creatively addressing common needs and building reciprocity.

Cookies: Jane is a wonderful baker and our cookies are always made with fresh butter, local whole wheat flour and aluminum-free baking powder.

Decolonization: return of the imagination in favor of deep and lasting human-animal relationships, reciprocity, family, community, and society.

Eggs: the eggs we eat and sell in Pink Store are local farm-fresh, organic eggs, delivered the day that they are laid.

“You think the same way that I have been thinking.” —Muhammad Yunus, my mentor, economist, Fulbright scholar, Nobel Peace Prize laureate, creator of micro-lending & social business

Frozen foods: we are always looking for ways to introduce healthy, organic, preservative-free foods to Pink Store. In October 2020, we invested in a large freezer, connected with a local supplier of fresh meat & fish, and started carrying our own line of frozen foods, much appreciated by our customers, most of whom do not own a refrigerator, who can thaw out their frozen purchases made during the day and cook a healthy meal by sun down.

Glass: we use reusable glass bottles for our drinks as far as possible, and collect them after use to be returned to the local soft drink, energy drink, and beer bottling plants.

Ice cream: our Pink Store bestseller! Priced at half of what the grocery store in town charges, our giant ice cream freezer (used solely for ice cream, the meat has a freezer of its own), has lollies and cones, cups and tubs, to serve every taste of every child (and child-at-heart).

Our second anniversary campaign is now underway.
As always, we set no dollar goal nor minimums.

“Of all the people I know or have ever met, with the possible exception of Thich Nhat Hanh, you have most lovingly comprehended the loving philosophy of mindfulness” —Matthew Goulish is co-founder and dramaturg of the performance group Every house has a door, and teaches in the Writing Program at the School of the Art Institute of Chicago

Mindfulness: living in the moment and being fully aware of our inner and outer experiences, our own needs as well as the needs of all others in our community.

Reciprocity: that delicate cobweb of human interrelationships that transforms “the masses into a society.” (Gandhi)

Social business: a mindful business with the stated aims of zero profits and community-building.

Koi meditation pond: a public microspace for contemplation complete with benches, a bridge across the pond & of course, beautiful Koi fish! A place for family and neighbors—and in the future, also international visitors—to mingle mindfully.

Rice now pay later: Any neighboring family may obtain rice from us and pay us when they can.

Great ice-cream giveaway: at Christmas and New Years we invite children (and children-at-heart) from our family and neighbors to join us for free ice-cream by the koi meditation pond.

Community kitchen: A ‘dirty kitchen’ with wood-burning stove for the community and visitors alike.

Yoga and Meditation center: a tranquil place where visitors and locals can deepen their practice of yoga and meditation.

Guest-house: a small guest house within our home for students and international visitors to the Yoga and Mediation center.

Library: a children’s library, the first of its kind on Bohol island.

Arts Center: a children’s performing and visual arts center, the first of its kind on Bohol island.

“I have so much respect for all you are doing!” —Lin Hixson, co-founder and Director of the performance group Every house has a door, and Professor, Performance, at the School of the Art Institute of Chicago

“Pink House puts into practice a beautiful vision of what could be, manifested by you and Jane and members of your community!”

“Thanks Abhay and Jane, this is so clear and wonderful!”

“I'm glad you included me in your fund drive. Next year I hope to be more generous. I am proud of you for this work. Merry Christmas!“

“Happy Anniversary to Pink House. We wish you a bright future, and we hope to visit one day!”

“I want to see them succeed in this exciting endeavor!”

“Thank you for inviting me to donate and sharing the lovely work you are doing. I wish you and your community love, light, joy, peace, inspiration, and grace.”

"For those of you who know and love Abhay Ghiara, wise trickster performer economist, and for those who may get that pleasure one day...consider a donation to Pink House!"

”Dear Abhay, thank you for being an inspiration in this world and doing everything that you do with so much PLAY and joy and invitation for engagement. I hope to one day to visit you and Jane on your island. In the meantime keep teaching through your emails, your acts, your big big heart.”

“You are great at fundraising! I love how you did it. I have to do it all the time for our festival, and yours was inspiring to me. So much fresher and more playful and sincere than most.”

“I'm so happy to see you building community in Bohol!”